Breweries and Brewpubs in St. Louis 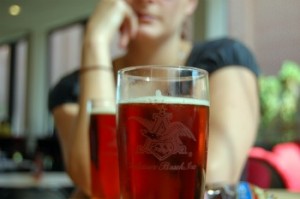 Like many cities in the Midwest, St. Louis is a beer town. The home of Anheuser-Busch, purveyors of that all-American beer, Budweiser, it has a long history with brewing. In the 19th and early 20th centuries, immigrants from Ireland, Germany, Italy, and Bohemia flocked to St. Louis, and several German breweries sprang up, including  Anheuser-Busch, Falstaff Brewing Corporation, and Lemp Brewery. Today, Anheuer-Busch remains the largest brewer, along with a new crop of microbreweries ready to fight the “King of Beers” for the crown.

Visitors to St. Louis can tour the Anheuser-Busch brewery, or just pull up a stool at one of the many brewpubs, breweries or beer bars in the city.

Located south of the Soulard area (and easy to reach by bus from downtown), the Anheuser-Busch brewery offers free daily one-hour tours. Visitors will be shown the stables that house the famous (and massive) Budweiser Clydesdales, and then see the production facilities and bottling area, while learning about the history of the beer and how it’s made. After the tour, guests can sample two drafts of beer from the Budweiser family.

Square One Brewery, located right by Lafayette Square, offers a wide selection of sustenance to complement the beer – everything from nachos to salads to burgers to BBQ ribs or seafood curry. The beer also runs the gamut in style and flavor – with wit, pilsner, pumpkin ale, stout, porter, barley wine, IPA, and trippel among just some of the beers offered.

Six Row Brewing is more than just a tap room and pub. Though they offer pub favorites like Beer Cheese Nachos or Pastrami sandwiches, they’ve also got a great wine list and offer more upscale fare. Beers are beyond average too, with varieties like strong porter, extra pale ale and fresh hop black IPA,  on draft and available to go in growlers. They also have great daily specials like $3 pints or $9 pitches. 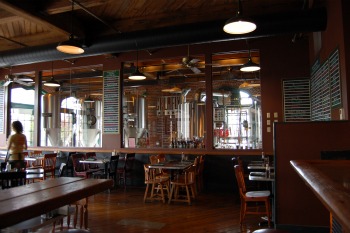 Schlafly makes great beer and operates a restaurant/tap room withng a 20-minute walk of the Arch.  There are several regular offerings, plus a rotating selection of seasonal and cask-conditioned beers like pumpkin, oatmeal stout, scotch ale, and saison. And the food’s good too; try hearty burgers or sandwiches, think and creamy beer cheeses soup, or filling appetizers like pub pretzels with an asiago cheese sauce.

If you’ve got mixed group of beer and wine lovers, try Bridge Tap House and Wine Bar, which offers the best of both worlds. With over 55 beers on tap (to sample in 4, 12 or 20 ounce sizes) and dozens more in bottle, plus a multi-page wine list that spans the globe, the bar is sure to make everyone happy. They also serve great bistro fare that ranges from bar snacks like popcorn and pickles to cheese and charcuterie plates to full meals like coffee-braised beef and sweet potato orzo.

Located in the Soulard area, the International Tap House doesn’t serve food (though you can order in) but what it lacks in cuisine it makes up for in beer. With one of the best selections on beer in the city, ITAP, offers 40 frequently-changing draft beers and nearly 500 different bottles beers from more than 25 different countries.