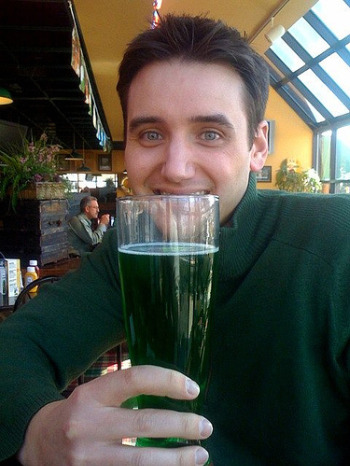 Chicago is home to a large Irish population and hosts a number of Irish bars and pubs scattered all across the city. Of course, some are more authentic than others, but no matter what you’re looking for, the city has you covered on this most beer-full of holidays, St. Patrick’s Day.

If you want green beer and a wild party:

Head to Wrigleyville if you’re looking for a frat-party atmosphere and cheap, green beer. Bars here will be packed with revelers who don’t give a darn that the beer they’re drinking and the pub there are drinking it in aren’t exactly Irish. Bars to try: Harry Caray’s, Goose Island, and the Cubby Bear. Clark between Fullerton and Addison is home to several college bars with Irish names. Johnny O’Hagan’s and Galways Arms, among them.

If you want to stay downtown, and don’t mind a crowd:

The Loop boasts a variety of of Irish pubs within (or just outside of) its borders.  One of these is Fado Irish Pub, a chain that hosts one of the biggest St. Paddy’s Day parties in the city. Expect long waits, lots of people and a $10 cover charge after 4pm. Nearby O’Callaghan’s will have a similarly large party and crowd. Poag Mahone’s, on Jackson, will offer no cover plus live entertainment from an Irish band.

If you want a true Irish experience:

There’s no more authentic Irish destination in Chicago than the Irish American Heritage Center. The center has a huge theatre, library, pub, dance studios and meeting rooms. All year round it offers Irish language classes, musical performances, films, lectures, and cultural events. For St. Patrick’s Day, the center will host a party until midnight, complete with traditional dancing and music, Irish food, and of course, beer. The library will be open until 8pm, and an open music session will be held at 7:30pm.

Hop over to the Metro to hear the Tossers, an Irish punk/rock band take the stage at 8pm on Friday,  March 18. Tickets are still available and cost $15 each. The show is 18 and up.

If you just want some good beers:

Forget shamrock hats and green beer, if you just want to enjoy a few delicious craft beers, head to the Long Room in Lakeview or Quenchers in Bucktown. Both bars have amazing beer selections, with craft offerings from around the world.  Order a Guinness or Harp to celebrate the holiday, or branch out with beers from countries like the US, Mexico, Belgium, France, Japan, Honduras, Thailand, and more. Or check out one of Chicago’s best breweries and brewpubs.