Find Great Hotel Deals in Chicago this Spring and Summer 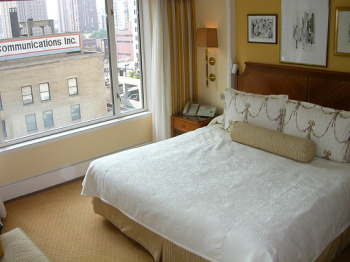 Summer is high season in Chicago, which generally means higher prices for hotels. But many hotels are offering some great deals on stays through summer. The Chicago Tourist Board has just releases information on some of the lowest rates being offered at hotels on or near the Magnificent Mile and elsewhere in Chicago’s downtown. Base rates for some of Chicago’s best and centrally-located hotels include:

Search for  cheap hotels in Chicago that have availability during your stay, or look for cheap flights to Chicago,and if you’re traveling on a budget, be sure to check out some free things to do in Chicago and some of Chicago’s best cheap eats!