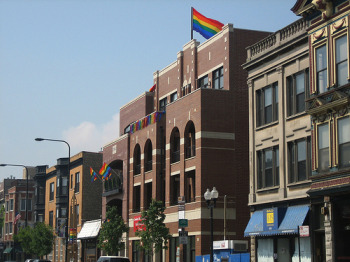 Since the 1920s, Chicago has been home to a sizeable and vocal gay and lesbian community. (In fact, the first organization for homosexual rights in America was established here in 1924. Henry Gerber’s “Society for Human Rights,” was unfortunately short-lived though. It was shut down the same year due to anti-homosexual sentiment.) Around the time of the New York Stonewall riots in 1969, Chicagoans formed the Chicago Gay Liberation, which was instrumental in the de-stigmatization of homosexuals in the medical community.

In the 1980’s, openly gay candidate Ron Sable ran for city council and almost won. Sable helped found the Howard Brown Health Center, which is still in operation today. And recently, Mayor Daley designation a section of Halsted Street, in the area known as Boystown, as a gay neighborhood.

Chicago has played host to the Gay Games (in 2006) and is home to a city-sponsored Gay and Lesbian Hall of Fame. It’s also the site of one of the largest Gay Pride Parades in the US.

Pride Month
Chicago Pride Month takes place every June and features various advocacy, awareness, and outreach events around the city all month long. Of course, the biggest of these is the annual Pride Parade, which takes place along Halsted and Belmont Streets on the last Sunday in June at noon. The party generally starts the night before and rolls right on through until Monday morning. Many bars and restaurants along the route open up early to serve drinks and by the time the Parade ends around 2pm, everyone is thoroughly sauced.

Market Days
The Northalsted Market Days festival is held every year in August. It is the largest street festival in the Midwest and features over 40 musical performances, 400 vendors selling crafts, art, food, and lots of drinks, and over 150,000 attendees, many of whom are only barely clothed. The festival is a guaranteed good time, and the perfect place for some priceless people watching. There’s no strict entrance fee, the you will be asked for a donation.