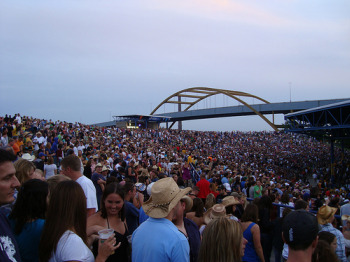 Chicago has no shortage of summer festivals that celebrate everything from music to food to neighborhoods to cultures. But if you’re looking for a weekend getaway full of festival fun in another city, you can’t go wrong with the Milwaukee Summerfest.

If you can’t make it to Milwaukee for the Summerfest, it’s still an ideal summer weekend destination from Chicago. While airfare to Milwaukee from Chicago is pretty cheap, it’s often even cheaper to take a two-hour bus or train ride to the city. Milwaukee travel deals are easy to find too – from cheap hotels and car rentals to inexpensive flight and hotel packages.

Grab a bite from the vendors at the Milwaukee Public market, stroll the art galleries of the historic Third Ward, and of course, indulge in some of those quintessential Wisconsin delights – cheese and beer. Milwaukee is home to several breweries, like Sprecher and Lakefront, many of which offer free or very cheap brewery tours, which of course include free samples.