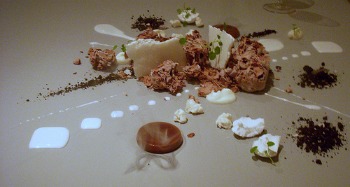 Last week, the Michelin guide unveiled its star ratings for Chicago restaurants. Only 23 restaurants got stars, and a total of 30 stars were given out among the recipients. Some awards were surprising, others not so much.

I was glad to see my personal favorite, Bonsoiree, take one star and was surprised to see newcomer Longman & Eagle (which I am itching to try) snag a coveted star after only being open a few months. There’s also a few lingering questions – like how will the quality of L2), which received 3 stars, hold up after the recent departure of chef Laurent Gras?

The official results are:

In addition to the star recipients, there were 45 Bib Gourmand winners. The Bib Gourmand rating means that the restaurant was an inspector’s favorite for good value. For $40 or less, you can enjoy two courses and a glass of wine or dessert.

Some of my favorites on the Bib Gourmand list include Publican, Smoque, Purple Pig, Mixteco, M. Henry, Girl and the Goat, Hopleaf, Frontera, and Belly Shack.