What to Do in Milwaukee 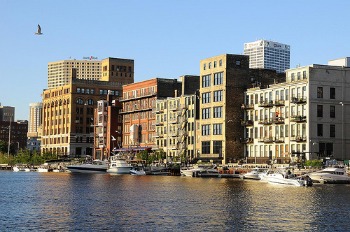 Milwaukee is another great Midwest weekend destination, offering lots to see and do for both kids and adults. The city was once a great center for industry in Wisconsin, and at one time it was home the number one beer producing city in the world (it was home to four of the world’s largest breweries – Schlitz, Blatz, Pabst, and Miller), before it began to decline in the 60s and 70s. Now the city is experiencing a mini-Renaissance, restoring historic districts and luring tourists with the promise of family fun, history, and of course, lots of beer.  Here are just a few of the experiences not to miss on a visit to Milwaukee.

Shop and sip in the Historic Third Ward

Once crumbling and most empty, the Historic Third Ward is now a known as Milwaukee’s Arts and Fashion District and is a bustling commercial are home to many art galleries and boutiques and trendy bars and restaurants. The area is just a few blocks south of downtown so it’s easy to talk a walk through the area or stop by for lunch after exploring the sights downtown.

On summer days in Milwaukee, there’s no better place to be than on a boat cruising Lake Michigan. Several companies offer tours which can last from an hour to three hours with food, drink and entertainment. Brewery tour cruises and sunset cruises are also available. 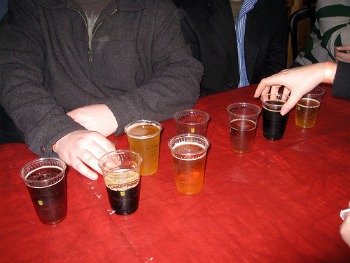 In the city of beer, it would practically be criminal to visit and not tour at least one brewery. You could even make a weekend of it, enjoying tours and samples at the Miller Coors, Sprecher, and Lakefront breweries and touring the now-defunct Pabst brewery and Pabst Mansion, the well-preserved home of the beer mogul. You can also tour Great Lakes Distillery, Wisconsin’s only spirits distiller.

Snack and sample at the Milwaukee Public Market

The Milwaukee Public Market is the perfect place to grab a quick bite, stock a picnic lunch, or enjoy some fresh but cheap eats. Open daily from at least 10am to 6pm (with longer hours on Saturday), it’s home to dozens of vendors selling everything from cheese curds (this is Wisconsin after all!) to sushi to soup to pasta to sandwiches to wine and dessert, all of which is ready to eat. 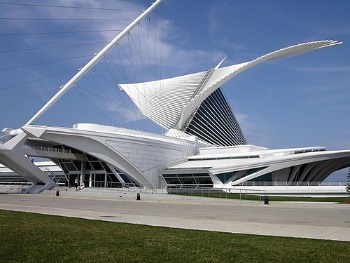 The Santiago Calatrava-designed Art Museum is the city’s most recognizable landmark, with bird-like wings that open and close several times each day, depending on the weather. The 341,000 square-foot museum houses over 20,000 artifacts, which date as far back as the 15th century and include works from  Winslow Homer, Auguste Rodin, Edgar Degas, Claude Monet, Henri de Toulouse-Lautrec, Pablo Picasso, Jóan Miro, Mark Rothko, Robert Gober, and Andy Warhol.  The museum is free the first Thursday of every month; it is not open on Mondays.

For a museum of a different kind, check out the Harley Davidson Museum, which boasts a collection of over 450 motorcycles, and historic photographs, apparel and other documents.

The official baseball team of Milwaukee, the Brewers play in Miller Park. Though the team plays respectably, many fans come more for the legendary tailgating than to watch the games. Most tailgaters arrive two-three hours before the game, armed with an arsenal of beer, brats, and cheese. They grill, they snack, they drink, and they play games like frisbee and catch while they wait to head into the game. If you don’t have the supplies to set up your own tailgate, don’t stress. Simply show up with a healthy supply of beer and food to share, and most tailgaters will welcome you to their party.