What to Do in Detroit 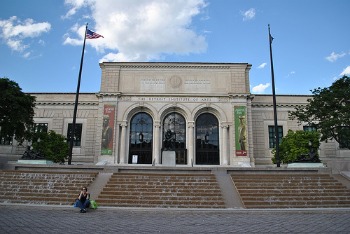 Detroit doesn’t rank high on many tourists’ lists. The city isn’t traditionally thought of as a tourist town, and, truth be told, you don’t run into too many tourists in the city. But for anyone looking for a destination that offers lots of history and a true melting pot of cultures and cuisines, Detroit delivers. There’s actually quite a bit to do in Detroit, and more than enough attractions to keep you busy for a long weekend. Here are some of the best things to see and do in Detroit.

Detroit and its surrounding suburbs offer dozens of museums both both kids and adults. The Detroit Institute of Arts is one of the best art museums in the country and the Detroit Historical Museum offers an educational look back at the city throughout the years (be sure to check out the basement level “Streets of Old Detroit” exhibit – a recreation of city streets and how they’ve changed). The city is also home to several excellent independent galleries including the Detroit Artists Market and the Museum of Contemporary Art Detroit. Be sure to check out the open-air art instillation called the Heidelburg Project, which transforms junk into art to brighten up an otherwise decrepit street (the project also runs art-based programs for kids).

From the early days of Motown superstars to modern-day musicians like the White Stripes, Kid Rock and Eminem, Detroit has a history of turning out great music. Visit the Motown Museum to see where it all began, and then head to clubs like the Magic Stick, Lager House, and Cadieux Cafe to catch the next big thing.

Over the years, many different ethnic groups have moved into Detroit, and that multi-cultural influence has made the city a great place for foodies.  Sample authentic Mexican, Greek, Polish and Middle Eastern in their respective neighborhoods, or check out newcomers like Roast or city favorite, award-winning Slow’s BarBQ. 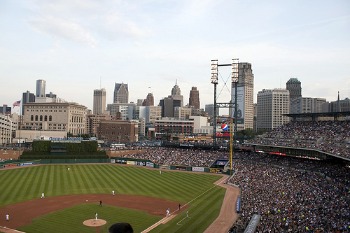 Though the city’s teams have had both good years and bad (very, very bad), Detroit fans remain committed. Depending on the season, you can watch the Lions play football at Ford Field, cheer for the red Wings as they skate on the ice at Joe Louis, root for the Tigers at Comerica Park, or sit courtside for a Piston’s basketball game at the Palace of Auburn Hills.

On Saturdays, stroll through the bustling Eastern Market, or rent bikes for a spin around Belle Isle. In the center of the city, check out Campus Martius; in summer it’s a park and public gathering spot, in winter it becomes home to a public ice-skating rink. Hart Plaza, on the waterfront, hosts concerts and special events in summer (many of which are free) and and the Detroit Riverfront is home to several parks and plazas.

This is the Motor City after all, and one of the best ways to see it is to get behind the wheel and take a drive. Cruise up Woodward into Ferndale, Royal Oak, and Birmingham, and take Lake Shore Drive from Detroit into the tony suburb of Grosse Pointe. You can tell instantly when you cross the invisible line between city and suburb and the difference is striking. Other great drives include around Belle Isle and down Michigan Avenue past Michigan Central Station and the Old Tiger Stadium. 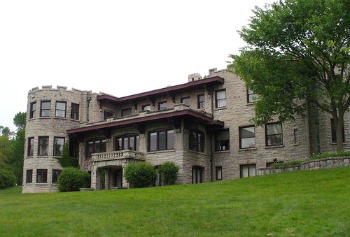 Detroit itself has several neighborhoods worth exploring downtown, including Greektown, Mexicantown, Midtown (Cass Corridor) and Woodbridge. Outside of the city limits, be sure to visit Ferndale, Royal Oak or Birmingham, Dearborn, Grosse Pointe, and Hamtramck.

Detroit is steeped in a history that’s present everywhere you look – not just at the museums. Visit the homes of Edsel and Eleanor Ford in Grosse Pointe or the palatial estate of Henry Ford in Dearborn to see Detroit in its heydey, then check out the abandoned ruins of the Michigan Central Station or the Old Tiger Stadium for a glimpse at how this might city crumbled. Take a spin on the People Mover to see what the vision for the city once was, and then view evidence off where Detroit is (hopefully) headed, with a visit to the newly refurbished Book Cadillac Hotel.  Once the tallest hotel in the world (when it was built in 1924),  it recently underwent a $200 million renovation, and is seen by many as a sign of Detroit’s rebirth.