What to Do in St. Louis 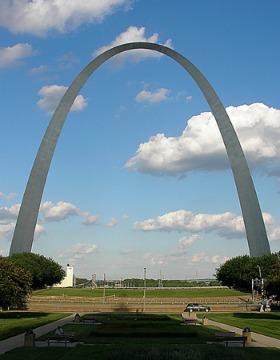 St. Louis makes for an excellent Midwest weekend getaway. At just about an hour’s flight from Chicago, Milwaukee, Detroit, Indianapolis and Kansas City, it’s a short hop that won’t cost more than $150 or so, round trip, at most times of year. You can see a great deal of the city in 36 hours; more a more leisurely visit, plan on 3-4 days. Here the top things to do in St. Louis.

St. Louis’ most iconic structure, the Gateway Arch was built along the St. Louis Riverfront in the 1960’s as a monument to President Jefferson and the Westward Expansion of the United States. At the base of the arch is the Westward Expansion museum, which chronicles the lives of early explorers who helped the US expand to the west. But the real appeal is in riding one of the cramped pod-shaped elevators to the top of the arch where you can look out over St. Louis and see for miles in either direction. Not for those with a fear of heights, the top of the arch can be felt swaying ever so slightly.

The New Cathedral of St. Louis With houses the largest mosaic collection in the world at 41.5 million glass pieces.  Come for mass or just to gaze at the brilliantly colored glass and check out the recently restored stations of the cross.

The St. Louis Art Museum is one of the finest in the Midwest and features works from van Gogh, Matisse, Monet, Pollock and Richter, among many others. The museum is open daily from 10am to 5pm (except Mondays) and is always free.

The Missouri Botanical Garden is nation’s oldest botanical garden in continuous operation and a National Historic Landmark. It’s open from 9am to 5pm daily; admission is $8 but tours of the gardens are offered at no cost.  Check out City Garden, a lush oasis in the heart of downtown, or wander among Forest Park’s 1,300 acres of lakes, walking paths and attractions. 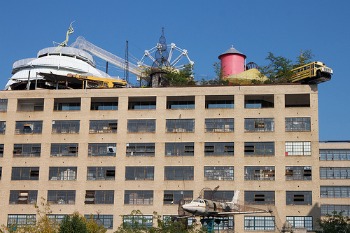 The City Museum looks like something out of the mind of Tim Burton.  From the street, look up and you’ll see a freaky playground made of metal, wire, and steel that extends all the way to the buildings roof. Inside you’ll find exhibits and playscapes perfect for kids – and adults – of all ages. Be sure to ride the third- to first-floor “Monster Slide.”

The Soulard Farmers Market, located in the historic Soulard neighborhood, is open year round Wednesday through Saturday. Even if you aren’t in the market for some fresh produce, meat or pastries, it’s worth a stop for a snack at one of the vendors selling dishes like hot dogs, burgers, and beignets, or dirt cheap Bloody Mary’s and margaritas.

St. Louis is a beer town. It’s home to the Anheuser-Busch brewery, which offers a free  tour, as well as several quality microbreweries. See the world famous Clydesdales and sample some Bud products.  and then head off to Schlafly,  Square One or the International Tap House for more beers and some grub.