What to Eat in Detroit 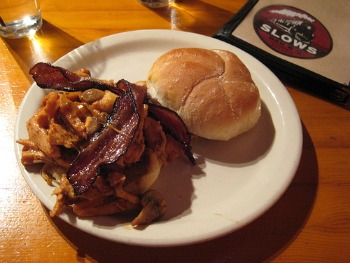 Detroit isn’t high up on many “best cities for foodies” lists; it’s culinary delights are more often under the radar – and surprisingly affordable. Thanks to a very diverse population, Detroit is a great place to sample a variety of international cuisines like Polish, Mexican, Italian, Middle Eastern, and more. From casual neighborhood joints to date-worthy dinner spots, here are some of the best places to eat in Detroit and the surrounding metro area.

Slow’s burst onto the scene in 2005 and quickly earned a loyal, some might say, rapid following. Serving up award-winning pulled pork, ribs and chicken, plus sides like creamy mac ‘n cheese, backed beans and cornbread, this is the place to go for barbecue in Detroit. They also have an extensive craft beer list and garden seating in summer. Expect long waits on weekends.

Opened in 1952 and still going strong, Birmingham’s Hunter House Hamburgers in a Metro Detroit institution. The small diner serves burgers, fries, and hot dogs at incredibly cheap prices – at $3.35, the large chili cheese fries are the most expensive menu item. A burger joint at it’s best, Hunter House is fast, cheap, and delicious. 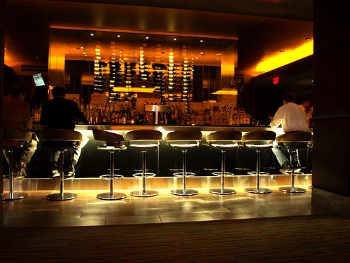 Michael Symon’s Roast is one of the newest restaurants to hit the Detroit scene and it’s already garnering rave reviews. Located in the Book Cadillac hotel in the heart of downtown, it’s a popular post-work happy hour spot (the $3 bites and $4 pours help). Dinner is a bit more expensive, with entrees like pork shank confit and grilled hangar steak going for $20-$30 each.

Small Plates has been serving up an eclectic array of small dishes – think panko shrimp, petite tenderloin with gorgonzola cream sauce, and brick oven pizzas – since 2002. Located on Broadway across from the Opera House and not far from Comerica Park, it’s a popular spot before and after both shows and games, making for a diverse clientele. Prices range from $5-16 per dish and the wine list is extensive.

Detroit’s Greektown neighborhood is home to dozens of restaurants offering up moussaka, saganaki and spanikopita. Pegasus Taverna is one of many, but it’s consistently recognized as one of the best. The sprawling interior is often packed, and the cries of “Opa!” and accompanying burst of flames can often be heard and seen around the room. The menu focuses on traditional Greek specialties, with a wine list offering both Greek and international wines. Pegasus is great for a group outing or dinner before hitting the casinos.

Located in Detroit’s Mexicantown, Mexican Town restaurant has long been a favorite of many Detroiters. Though some question the authenticity, others laud it for the festive atmosphere, low prices, and delicious (Americanized) Mexican staples like queso flameados, tacos, flautas and burritos. 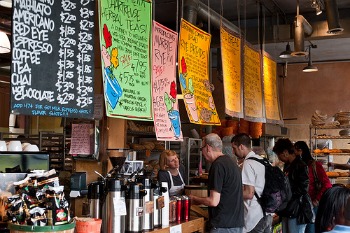 More than just a bread store and bakery, Avalon is also a pastry shop, coffee house, and gathering place. Swing by a weekend and morning and you’ll find the place packed with students in heated debate, families with kids in tow, and weekend workers stopping in for a coffee fix. All their goodies, like brioche, sticky buns, cookies, muffins and whoopie pies, are made with organic flour and their coffee is organic and fair trade.

Polish Village Cafe, in the traditionally Polish ‘hood of Hamtramck (2990 Yemans St), is one of the best value dining options in the metro area. Serving heaping portions of pierogi and potato pancakes, goulash, dill pickle soup, and Zywiec beer, this place has “old world charm” down pat. The space is small and kind of cramped and the waitress, mostly old women who like like my Polish grandma, can be a bit gruff, but the prices can’t be beat. Most entrees are only $6-7 so it’s easy for two people to come and enjoy delicious Polish food and beer for under $25.

Supino Pizza is located in Detroit’s Eastern Market and serves some of the best pizza in the city. Another great budget dining destination, pizzas here top out at $13-17. Choose from red or white pizzas (or make your own with choice of many toppings), pastas and salads. You can even grab a single slice to go for under three bucks.

Set atop the Renaissance Center downtown, Coach Insignia is a special occasion spot worthy of birthdays, anniversaries and marriage proposals (many of which have happened here). The wine list is extensive and award-winning and the menu focuses on traditional (with a French influence) preparations of steak, fish, lamb and chicken. This fine dining experience overlooking the city of Detroit doesn’t come cheap though – expect to pay about $50 per person for appetizer, entree and salad or dessert.

One of Detroit’s best brewpubs, Motor City was also among the first. Their Ghetto Blaster is one of the city’s best homegrown beers, and their brick oven pizzas are a great compliment to the brews. Ideal for a casual meal or quick bite late night, Motor City often hosts live bands and special events and has a rooftop patio on the second floor. 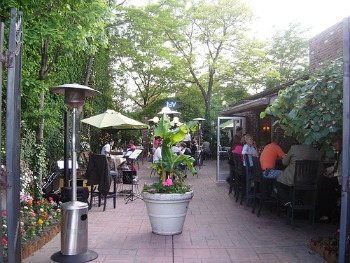 La Dolce Vita is hidden away (literally – there’s only a small sign on a purple nondescript building) in a run down residential area on the north side of Detroit, La Dolce Vita is an oasis of calm and class. There’s a tranquil outdoor garden that’s invisible from the street, and the inside features sleek booths and, often, live piano music. Dinner is great for date night, but brunch is by far the most popular meal here. Sundays from 12pm – 3pm, enjoy unlimited mimosas along with brunch entrees like steak and eggs, pasta, or marscapone-stuffed French toast with flambed bananas.

Coney dogs are a Detroit institution and can be found all over the metro area. But for the best, head downtown to Lafayette Coney Island (118 W Lafayette Blvd).  Ask for a coney with everything – chili, diced onion, and mustard – and prepare for a gut bomb. These filling, greasy dogs are cheap and tasty, but you may want to save them for a late-night, post-bar snack, when they show their real appeal as a great alcohol absorbing meal.

Since it’s time as a Prohibition-era speakeasy, the Cadieux Cafe has been the place to go in Detroit for a little taste of Belgium. The special of the house is mussels and fries, there are several Belgian beers on tap (plus domestic and international favorites) and it’s the only place in the US where you can play the Belgian game of feather-bowling. Come early for dinner and stay for feather-bowling or some live music from local bands.