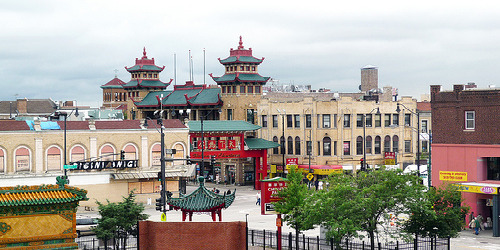 Downtown Chicago is ridiculously easy to navigate, whether you choose to go on foot, by bus or el train, or taking the occasional cab. Outside of the Loop and Magnificent Mile, it can be a little more daunting for tourists, but thanks to an extensive public transportation system, still fairly easy.

Fewer visitors ever venture out of these more touristy areas, and those that do usually stick to Lincoln Park, Lakeview, Wrigleyville and Bucktown/Wicker Park. These ‘hoods are all great, but if you have extra time, want to get farther off the beaten path, or are looking to experience more of Chicago’s diversity, here are a few areas you can easily get to using the el.

Just a few stops south of the Loop on the Red Line, Chicago’s Chinatown is home to about 70,000 Chinese residents. It’s concentrated mostly on the streets of Cermak and Wentworth and offers an eclectic collection of Chinese tchotchke shops, restaurants, grocery stores, specialty shops (where else will you find dried shark?), acupuncturists and herbalists. Pick up some steamed bao at a bakery and browse for souvenirs, or come for the best dim sum in the city.

Evanston, a well-to-do suburb of Chicago, is home to Northwestern University. It’s easily accessible view the Purple Line (or the Metra), and is best known for the sprawling mansions that line its streets. Just off the Dempster, Main, and Davis stops, you’ll find dozens of small, upscale boutiques, unique shops, cafes, and restaurants. Though it’s home to about 80,000 people, it maintains a very “small town” feel and is a lovely place to spend an afternoon. The city also has some of the nicest beaches in the greater Chicagoland area, though they require an admission fee for non-Evanston residents. 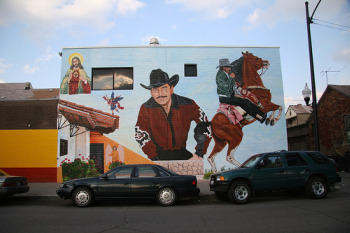 Pilsen, once a predominantly Latino area, is slowly becoming a center for art galleries and artists. Though it seems new galleries are springing up every day, the area still retains its Latino feel. Murals depicting traditional motifs of Mexican art – cowboys, skeletons, and religious figures – can be found on random storefronts, brick walls, and buildings, making a mural-scouting outing a fun way to explore the area.

Just take the Pink Line southwest of the city to 18th street and begin exploring. Stop for some homemade tamales on the street, or pop into BYOB favorite Nuevo Leon for some cheap and tasty Mexican specialties.

If the galleries are more your scene, take the Orange line to Halsted and walk north across the River. The 2nd Friday of every month, Pilsen hosts a gallery crawl during which the 30 or so galleries in the area open their doors to the public for free exhibitions from 6pm to 10pm.

North of the city off the Red Line, Uptown is a neighborhood with a  rich history. A frequent stop on Chicago “gangster” tours, it was the old stomping grounds of famous gangsters like Al Capone and John Dillinger. The Uptown Entertainment District is home to several nightclubs and performances spaces like the Aragon Ballroom, the Riviera, the Uptown Theatre and the Green Mill jazz club. Off the Argyle stop, you’ll also find Little Vietnam, an enclave of Vietnamese, Japanese, Chinese and Korean restaurants and shops. 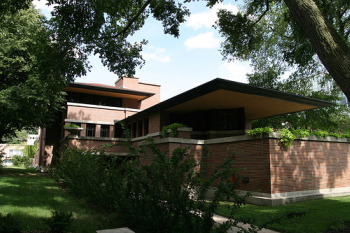 Hyde Park has a lot more going for it than being President Obama’s former residence (though there’s that too). This South Side hood is located off the Red Line, and is home to the Museum of Science and Industry, the Oriental Institute, and the Hyde Park Art Center. Though the area suffered decline in the 1950’s, it has since rebounded. It was once the home of notable celebs and historic figures like Hugh Hefner, Amelia Earhart, Saul Bellow, Jesse Jackson and Marshall Field.

The area is a must visit for many history buffs and architecture lovers – the Frank Lloyd Wright Robie House is here, along with historic buildings designed by the likes of Mies van der Rohe and I.M. Pei. The Chicago Architecture Foundation does walking tours of the area.

Bronzeville is located off the Green Line and was once the center of Chicago’s African American culture. The city’s version of Harlem, it was the neighborhood of famous African Americans like Gwendolyn Brooks and Louis Armstrong.  Lovingly restored historic buildings line the streets, including the Sunset Cafe, a major jazz landmark. The Harold Washington Culture Center and DuSable Museum of African American Art are also located here.