Things to Do in Kansas City

Split between the states of Kansas and Missouri, Kansas City, is often overshadowed by its larger, more glamorous neighbors. But for anyone who loves jazz, barbecue, booze, or American history, it’s a city that far outshines its modest reputation. Great for a weekend getaway, a girls trip, a beer and bbq quest, or a family vacation, the city offers plenty to keep you enthralled for several days.

Here’s our recipe for the best of Kansas City:

Add a little slice of Americana…. 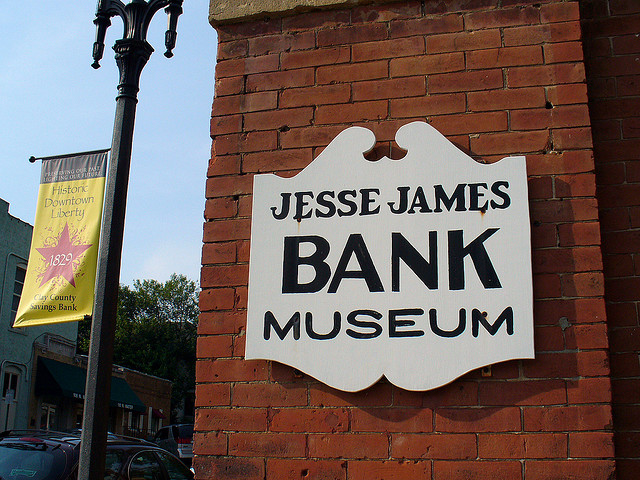 Kansas City played an important part in American history. From its early days as a trading port, its existence was defined by its location at the confluence of the Missouri and Kansas Rivers. One way to learn about life in those early days, is to visit the Arabia Steamboat Museum.

In 1856, the Arabia steamboat was headed for Kansas City on the perilous Missouri River. The boat snagged on a hidden log, which punctured the hull, sinking the boat within minutes. For 132 years, it lay hidden, until it was discovered a half-mile away from the river and 45 feet underground. The boat – along with thousands of preserved artifacts – was excavated and the Arabia Steamboat Museumwas founded. For a look back in time, visitors can see a six-ton section of the preserved boat, artifacts from the boat and her passengers, and a full-size reproduction of the deck.

The Jesse James Bank Museum, in nearby Liberty, Missouri, gives visitors another glimpse at life during America’s frontier days. The museum sits at the site of the “nation’s first successful daylight peacetime bank robbery,” a robbery attributed to the infamous Jesse James and his gang. The museum recreates the bank as it was in 1866.  Moving ahead a few decades, the Hallmark Visitors Center walks guests through another era, the birth of the famous greeting card company in Kansas City.

Plus a healthy dose of quirk…. 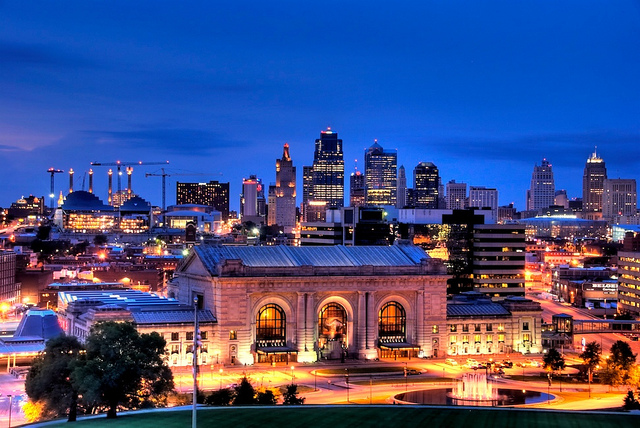 Some of Kansas City’s museums and attractions aren’t quite as mainstream. The Glore Psychiatric Museum houses a collection of information and artifacts related to mental health through the ages, and Leila’s Hair Museum, the only hair museum in the world, boasts thousands of  pieces of jewelry, wreaths, and watch chains made from human hair dating back hundreds of years. 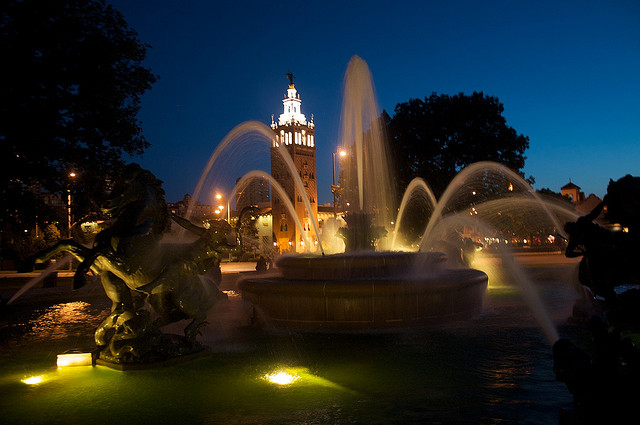 There are over 200 fountains scattered across Kansas City, earning it the nickname, the City of Fountains. The first were erected in the 1800s by the Humane Society to provide clean drinking water for animals. Now they’re a source of beauty and city pride. But they aren’t the only art you can see for free in the city. On first Fridays, the 60-plus art galleries of the Crossroads Art District open their doors and welcome guests with wine and great art.

Performing arts are just as accessible, thanks to the new, multi-million dollar, Kauffman Center for the Performing Arts, which will house the city’s ballet, opera, and symphony.

And pay homage to the heroes… 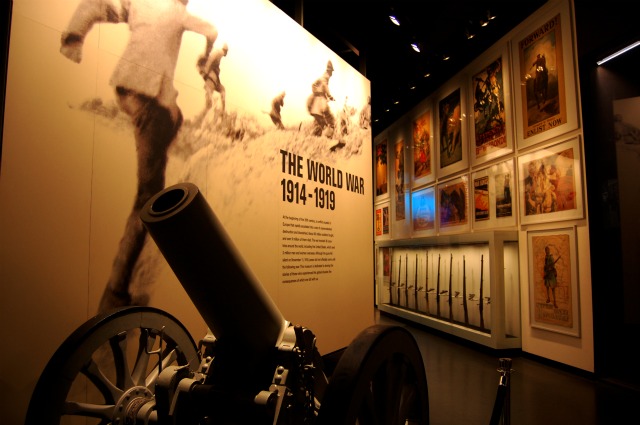 Kansas City also played an important part in the history of African Americans in the US, and two museum in the 18th and Vine area showcase this through engaging and informative exhibits. The American Jazz Museum shows the development and important of Jazz music in Kansas City, highlighting how the genre changed not only the jazz music scene, but also the cultural history of America. The Negro Leagues Museum is equally enthralling, taking visitors through an interactive timeline of African Americans in the “nation’s pastime” of baseball.

Kansas City may seem an odd location for a museum and monument dedicated to World War I, but the Liberty Memorial and National World War I Museum may offer one of the most moving, educational, and well-presented histories of the war. The museum, which was designed by the same creator as DC’s Newseum, literally walks the visitor through the history of the War, from its beginnings to the start of American involvement, through to its final days and aftermath. Moving images mix with interactive multi-media displays and artifacts from people on all sides of the fighting. Uniforms, canons, tanks, quilts, and letters from home put a human face on the War in a comprehensive way; visitors can then cap off their visit with a trip to the top of the monument to take in views of the Kansas City skyline below.

Cover it all in barbecue sauce, and wash it down with a drink. 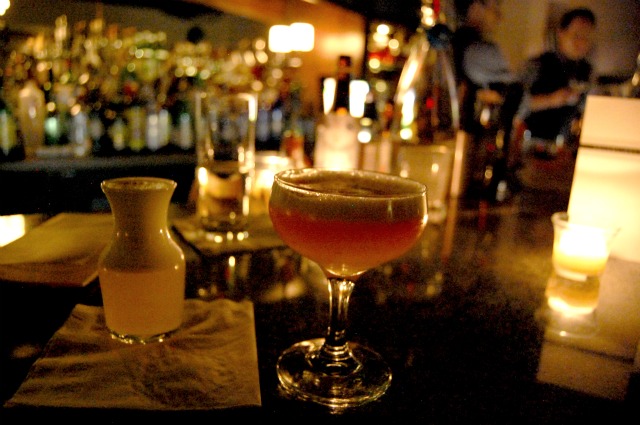 Kansas City may be known for its barbecue, but there’s plenty more diverse eating and drinking on offer. Nibble from the eclectic shops at the City Market – where you can find everything from fresh-made Polish perogies and cheap Indian spices to spicy Mexican burritos and sweet French pastries – or check out one of the city’s many restuarants focusing on farm-to-table fare, like The Farmhouse or Westside Local.

You need a few drinks to go with all the fine fare in Kansas City, and luckily the city knows how to do it right and has been for years. While the state of Kansas enacted prohibition in 1881, Kansas City residents could just mosey over to the bars on the Missouri side of the city. When prohibition finally came to Missouri in 1919, thanks to the 18th Amendment, the local city boss James Pengergast kept the drinks flowing until booze became legal once more.  That commitment to enjoying a fine drink is still present in cocktail bars around the city, like the speakeasy style Manifesto lounge. If beer is your drink of choice, head to Boulevard Brewing, which has been creating craft beer in Kansas City since 1989. While you can try the beer at bars all over the city, these sustainably-brewed beers taste best after the 45-minute brewery tour (book early; tours sell out months in advance).

For a night on the town, check out the new Downtown Power and Light District, an open-air square with more than 50 bars, shops, and restaurants to choose from, including Flying Saucer, a pub with over 250 beers on offer. No matter what your tastes, Kansas City has a place to sate your thirst and fill your belly with a taste of Midwest charm.

The Kansas City CVB provided assistance for my trip, including overnight accommodation and admission to several museums, but my opinions are my own.

Photos by Smiteme, Jim Nix,   heidielliott,  others by the author and my not be used without permission