Though it’s often called the Second City, Chicago will always be number one in the hearts and minds of many people – both residents and visitors – who are captivated by the world-class museums, funky street fests, beautiful beaches and fantastic food. Here are 15 reasons to love Chicago.

1) Think there’s a lot to see and do in Chicago? You’re right. The city is home to about 40 museums, over 200 theaters, more than 200 independent art galleries, and over 7000 restaurants. 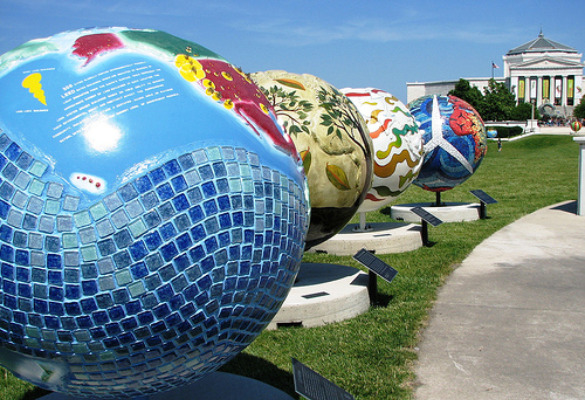 The Adler Planetarium opened in 1930 as the Western Hemisphere’s first planetarium. The Field Museum is home to Sue, the world’s most-complete and largest T-Rex dinosaur skeleton. When the Shedd Aquarium opened in 1930, it was the largest in the world. It has since doubled, and is now home to 32,000 marine animals. And the Lincoln Park Zoo is the country’s oldest public zoo, and one of only three free zoos in the country, with an annual attendance of about three million. 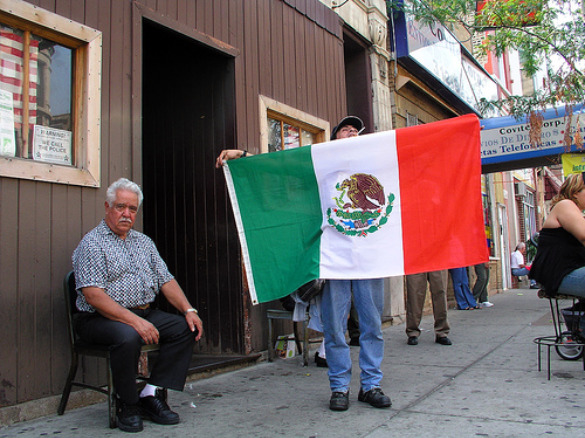 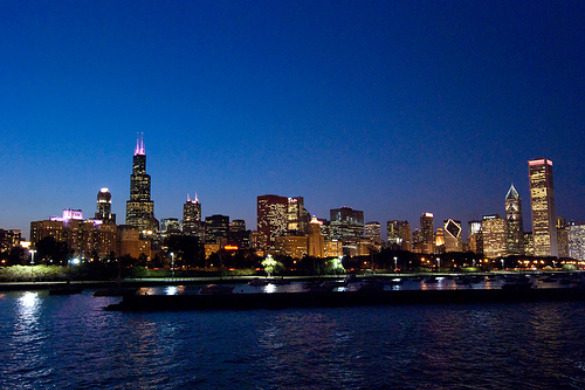 The first skyscraper was built in Chicago….after nearly the entire city was destroyed in a fire.

In the summer of 1871, a small fire started in the O’Leary’s barn on the city’s south side. The old legend has it that a cow kicked over a lantern, but no one actually knows what started the famous inferno. The Great Chicago Fire swept across the city, consuming all the wooden buildings for 25 hours, killing nearly 300 people, leaving 100,000 without homes, and destroying 34 city blocks, 2000 acres of land, 73 miles roads, and nearly 18,000 buildings. But the fire ushered in an era of new development, and out of that the new city was born. 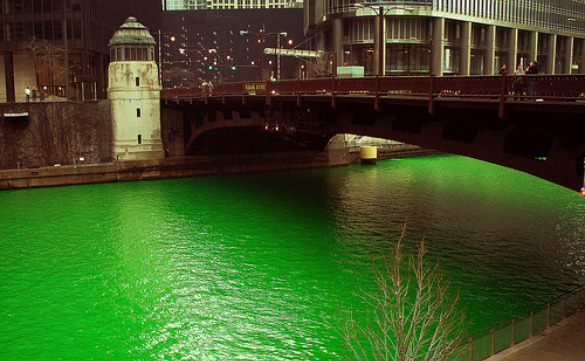 6) Chicago is a city of invention and a city of firsts. 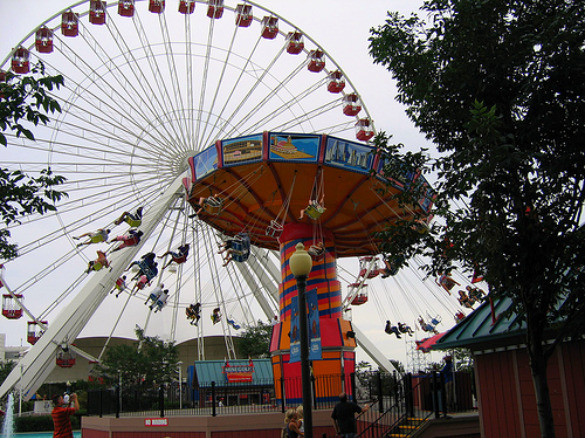 The nation’s first blood bank was opened in Chicago in 1937. The first televised U.S. Presidential debate was held here in 1960. The first Ferris Wheel was erected in Chicago for the 1893 World’s Columbian Exposition (the Ferris Wheel on Navy Pier is modeled after the original). The first drive-through bank opened in 1946, the first steel rail road in the U.S. was made in 1865, and the first mail-order business (Montgomery Ward & Co.) was established in 1872 – all in Chicago. The tv remote was also invented here , as well as that sugary sweet delight, the Twinkie.

7) You want history? Chicago has history. 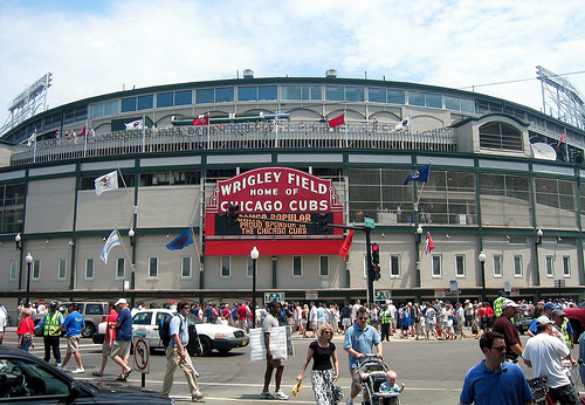 Chicago was settled by Native Americans long before fugitive slave Jean Baptiste Pointe du Sable arrived and made a home. In fact, the name Chicago comes from the Algonquin word “Chigagou,” which translates to “onion field.” The city was so named for the many onion fields around it. In later years, Chicago would serve as the start of the infamous “Route 66″ which begins at Grant Park on Adams Street in front of the Art Institute. And Wrigley Field, home of the Chicago Cubs, is the 2nd oldest baseball stadium still in use. It was built in 1914 and seats about 40,000 people.

8) Chicago was once the Hollywood of the Midwest and still has strong ties to the film industry. 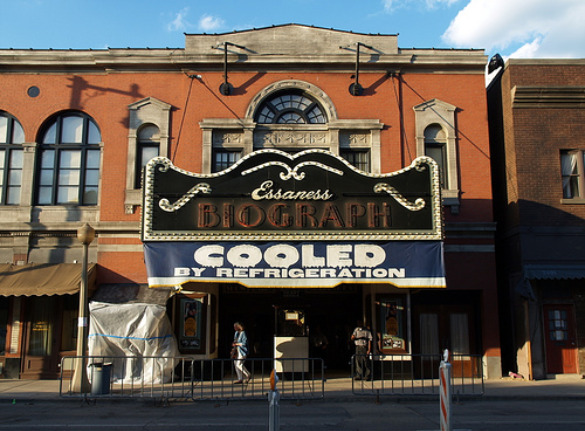 Chicago served as the setting for many tv shows and movies, including “ER,” “Perfect Strangers,” “The Bob Newhart Show,” “Family Matters,” “Married with Children,” “Batman Begins” and the “The Dark Night,” and of course, “Ferris Bueller’s Day Off.” Chicago’s been a part of the film scene since the beginning. Many of the early films, including many featuring Charlie Chaplin, were filmed at Essenay Studios, which is now St. Augustine College on the city’s north side.

Beyond serving as a set for movies, the city is tied to the film industry in many ways. Walt Disney was born in Chicago, what is now Universal Studios started here, Siskel and Ebert were born here, and the Oscar statuettes (along with the Emmy, Cleo and MTV awards) are produced here. The first TV daytime soap opera ever to air in the United States (“These Are My Children”) was broadcast from Chicago, though the show only lasted a few weeks before being canceled.

9) Chicago summers make the long, cold winters worth it. 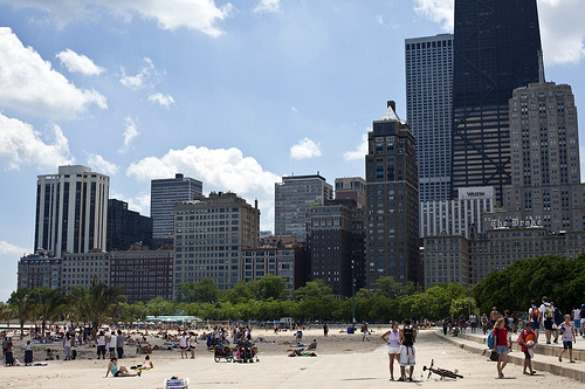 Nothing compares to Chicago in summer, when there’s a street festival every weekend, farmers markets bring fresh produce to the city and Chicagoan head to the beach in droves. Wait…beaches in Chicago? Yes, Chicago offers 15 swimming beaches along the 26 miles of shoreline within the city limits. Some have a more party-like atmosphere, some are dog friendly, but all provide access to the shores of Lake Michigan. 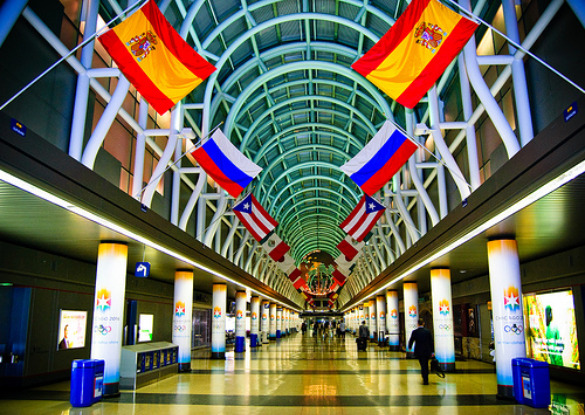 Chicago is home to one of the busiest airports in the world –O’Hare International , just 17 miles northwest of the city. It is a hub for both United Airlines and American Airlines and welcomes over 2,000 flights each day and over 76 million passengers each year. And, both O’Hare and Midway are accessible via Chicago’s public transportation, the el.

11) Chicago reaches for the sky. 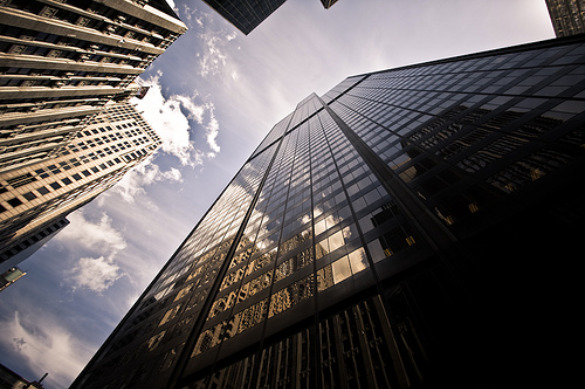 The Willis (formerly Sears) Tower is the tallest building in the Western Hemisphere at 110 stories. From the Skydeck, 1353 feet above ground, you can see four states – Indiana, Illinois, Michigan & Wisconsin. The elevators in the tower are among the fastest in the world, rising and descending at 1600 feet per minute.

The John Hancock Center is shorter than the Willis Tower, but it is still the sixth-tallest building in the US and is home to the highest residential space in the world. The 100-floor building is 1500 feet tall (including its antennae) and houses offices, 700 residences, and several restaurants, including the 95th floor Signature Room Restaurant. The 94th floor observatory, over 1000 feet above street level, is enclosed by a mesh screening for open-air views of the city. The beams of the buildings, which used enough steel to make 33,000 cars, contrast with over 11,000 glare-proof extra-thick window panes, giving the building its unique appearance. Construction took five million hours over 36 months, with over 2000 workers at one time. About three floors were created per week, which was an extremely quick pace.

12) Chicago accepts all kind of love. 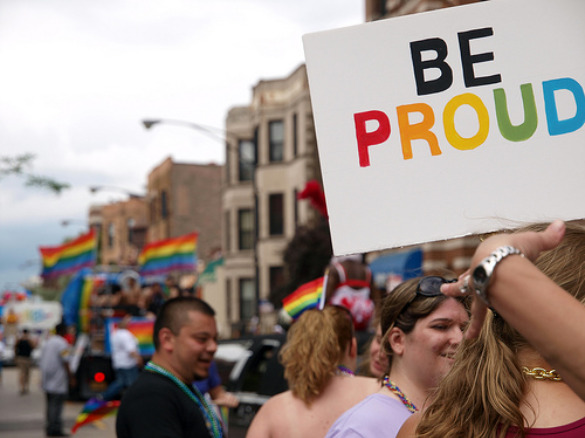 Chicago is home to a large gay and lesbian community. In fact, the first organization for homosexual rights in America was established here in 1924 (though it was short-lived). Mayor Daley designated a section of Halsted Street in the area known as Boystown as a gay neighborhood, which is now home to dozens of gay-owned businesses and gay bars. It’s also where the annual Gay Pride Parade (one of the largest in the country) is held in June, and where August’s Market Days Festival takes place. Chicago has played host to the Gay Games (in 2006) and is home to a city-sponsored Gay and Lesbian Hall of Fame. 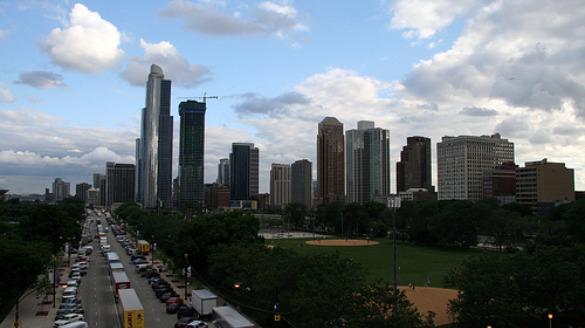 When Chicago was incorporated in 1837, it chose the motto Urbs in Horto, a Latin phrase which means “City in a Garden”. Today, the Chicago Park District consists of 552 parks with over 7,300 acres. There are 33 sand beaches, two conservatories, 16 historic lagoons, and 10 bird and wildlife gardens, and 19 miles of bike paths scattered around the city. Lincoln Park, the city’s largest, is 1200 acres and is second only to New York’s Central Park in number of annual visitors. The Parks district operates the nation’s largest municipal harbor system.

The city’s most notable park – Grant Park – is 319 acres and contains Millennium Park, the Museum Campus, Buckingham Fountain, and the world’s largest rooftop garden. It hosts hundreds of free festivals and events each year, including the world’s largest outdoor food festival, the Taste of Chicago. In 2006, 3.6 million people from around the world attended the Taste of Chicago festivities. 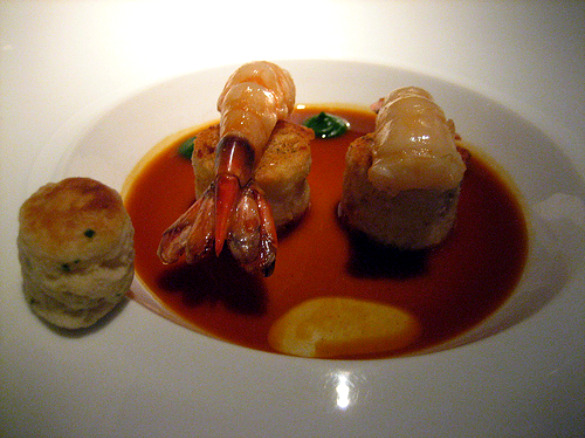 Though deep dish pizza and Chicago-style hot dogs are considered the city foods, Chicago’s 7000-plus restaurants offer something for every palate. From the ultra cheap to BYOB to luxurious multi-course meals expertly prepared by some of the best chefs in the world, Chicago dining has something for everyone. Several Top Chef contestants have been from Chicago, including winner season 4 Stephanie Izard, season 3 3rd place finisher Dale Levitsky, and Top Chef Masters season 1 winner and local celeb-chef, Rick Bayless. 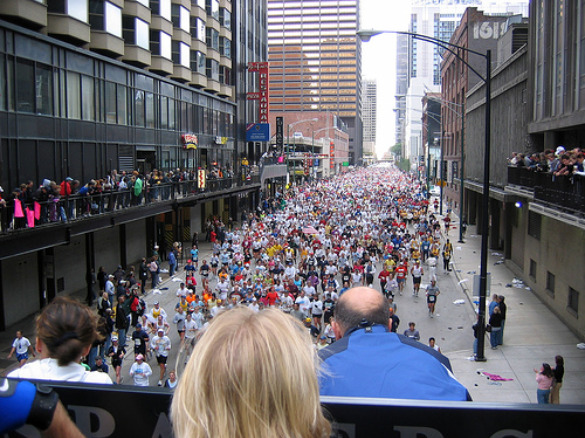 Chicago was named the Best Sports City in the United States by The Sporting News in 1993 and 2006. The city has two Major League Baseball Teams – the White Sox and the Cubs. The Bears have won nine NFL Championships, including Super Bowl XX. The Bulls won six championships in eight years and some of the sport’s best players, like Michael Jordan and Scottie Pippen, have played on the team.

The Chicago Marathon has been held each year since 1977 (except for in 1987, when a half marathon was run in its place) and is one of the five World Marathon Majors. Soldier Field hosted FIFA World Cup games in 1994, and the Race to Mackinac, a 330-mile sailboat race held each July is the longest annual freshwater sailing distance race in the world.

Convinced yet? Book your trip below!